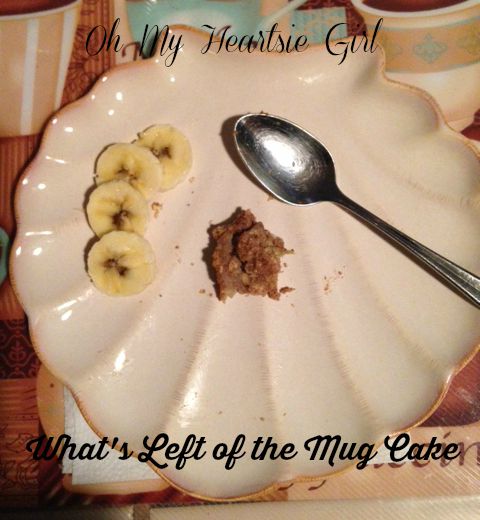 Im sure you all have seen recipes and photos of mug cakes before, but I just recently started trying them. I love the idea of a small serving cause I have a low resistance to cakes and cookie and having them around is only tempting. And to let you in on a secret, the small size reminds me of when I was growing up and my grandmother always made a test cake. That is she would always bake a small cake to try to make sure the flavors were to her liking. She had just the special pan for this, it looks like a miniature pie pan, I can remember it well, (wish I had it). 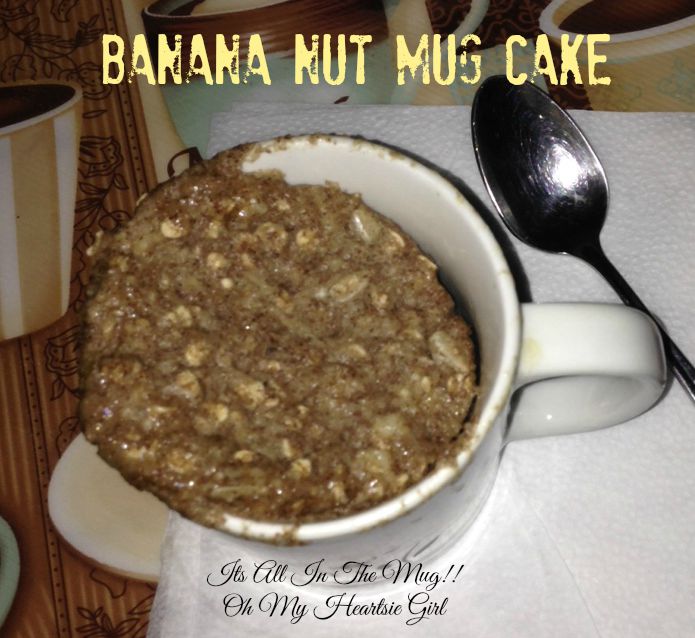 Mug cakes are nothing new and after I did some research,  in fact they date back as far as 1796 when a recipe notation of “a cake to be baked in small cups” was written in American Cookery byAmelia Simmons.[1] The earliest documentation of the term cupcake was in “Seventy-five Receipts for Pastry, Cakes, and Sweetmeats” in 1828 in Eliza Leslie‘s Receiptscookbook.[2]

So now we have “Mug Cakes” and there are hundreds of recipes but I just recently started trying a few and one of the reasons was I have decided hat I wanted to make some things that dont require wheat flour, thus gluten free. My first “mug cake” was made with coconut flour and I was all excited because it has so much fiber, however, I thought that the consistency for a mug cake was to grainy or gritty if you will. 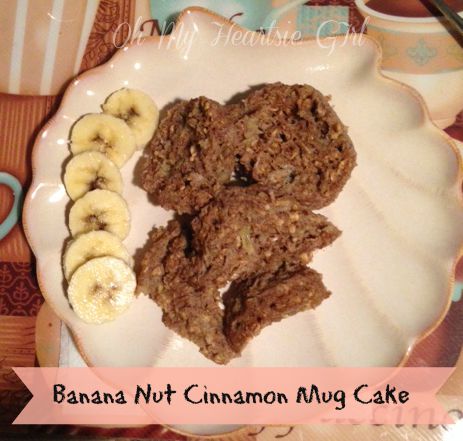 So this morning I found this recipe (where else on Pinterest) and it had “almond meal” in the recipe, which is just ground up almonds, but ok, I gave it a try. 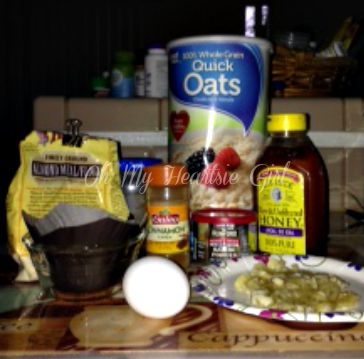 See the ingredients, see the brown paper cup, those are called Parchment Lotus Cups, well I thought I would be clever and use it instead of a mug, turns out, to much batter so I poured it into a “mug”. This time……

And my conclusion was that it turned out great. Except I used rolled oats (the long cooking kind) because I didnt have quick oats. (I could have made some using the blender pulsing them a bit) but this was at 5 AM and I didnt want to wake everyone up. And I didnt want to dig in my freezer for walnuts so I used sunflower seeds instead, as it turns out, they were good. Thats the thing about these recipes they can be change up some.

I know this is suppose to made in the mug, but I like to see all the dry ingredients mixed up so I use a small bowl to mix before pouring into a greased mug. Whats one more lil dish when loading the dishwasher? 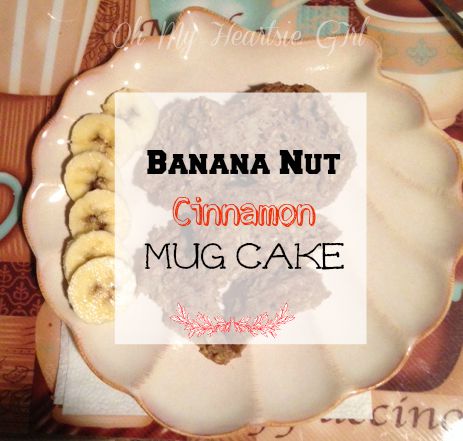 And by the way these lil mug cakes are gluten and dairy free, what could be sweeter. Vegan too if you used agave nectar instead of hone.

*This post contains an affiliate links and I will be compensated a little bit, if you make a purchase after clicking on my links. Thank you