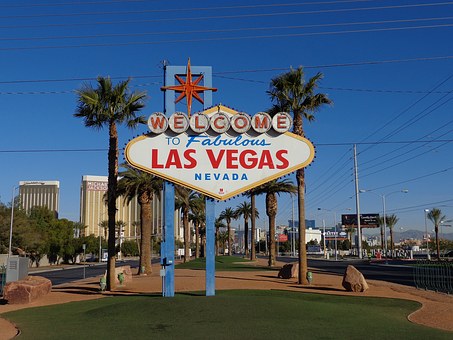 Las Vegas certainly has its roots in the gambling industry and that still has a strong presence today. If you aren’t one for hitting the slots or playing the tables, there is still plenty to do and see in Las Vegas. Here are some ways to fill up your Vegas schedule the tables isn’t on the itinerary.

If organized crime and things like prohibition intrigue you, then The Mob Museum in old downtown Vegas is right up your alley. Not only does it house a host of interesting, authentic mob memorabilia, but the curators have done an excellent job telling the story of Vegas and the mob influence in an interactive way.

There are quite a few Cirque du Soleil shows along the Las Vegas strip, depending on your taste in music and moving art. There are 8 branded Cirque shows in Vegas, including the award-winning Love – featuring the music and story of The Beatles.

Even if you never liked her songs on the radio, the blonde pop princess’ Vegas residency at Planet Hollywood is a can’t-miss. The high-energy, non-stop music and dancing has been voted the Best Show in Vegas and earned Ms. Spears a spot among the Vegas performing elite.

It’s not his first time as a Vegas show and he always packs the house at Caesar’s Palace with him limited engagement concert series. He plays all the hits over the course of 2 hours, rarely leaving the stage. Word is that there’s a pretty special encore, too.

For a walking tour of art on the strip, check out City Centre Fine Art Collection with a variety of art pieces are located in resorts like Aria, Mandarin Oriental, Vdara, and Crystals. You’ll see sculptures and light installations that look like they belong in bigger-city exhibits – and the best part is that it is all free to view.

One of the most breathtaking ways to view the Grand Canyon is by helicopter. There are several Las Vegas companies that will take off on the strip and fly you right to the Grand Canyon, where you are allowed 1,000 feet lower than airplanes so you’ll have an even better view. Some helicopter companies even have the permission to land on the actual floor of the canyon itself – certainly a memorable experience on any Vegas trip.

You don’t have to sit at a table to play the games. Try playing online while traveling from one spot to another. Whether you plan to gamble a lot, a little, or not at all – you can have a great time in Vegas and enjoy all it has to offer.

2 thoughts on “Travel Series: What to Do In Vegas (If You Don’t Like Sitting at a Table)”