The Guide to Your First Botox Ever 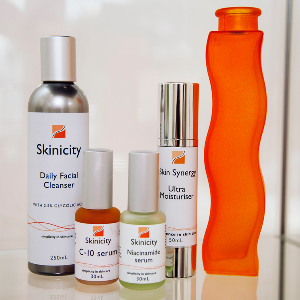 It probably won’t come as any surprise to you that the number of people using Botox is on a rise. You may have read online that it’s all very simple and straightforward, but still have a few unanswered questions. Ideally you will want to hear reviews from people who have actually had the procedure carried out rather than just the cosmetic surgeon selling their services. This guide will answer those questions and help you to make an informed decision on how you can use this treatment safely before you go in for your first ever Botox.

Botox is a liquid made from two chemicals that is injected under the skin that act as Anti-Wrinkle Treatments to improve the appearance of:

How Long Does Botox Last?

Botox lasts 3 to 4 months and can last longer if you continue having repeat treatments. After your first treatment, it will take 2 to 3 days to see the effect and then up to 2 weeks to see the full effect.

How Much Will It Cost?

Price varies depending on the chosen treatment and chosen professional.

The 10-minute simple Botox treatment for wrinkle relaxers is the least painful treatment as it’s given via a small needle. The micro needles mean that you barely feel a thing. If you choose one of the other treatments, there may be a bit of discomfort.

Who Shouldn’t Have Botox

Pregnant woman, nursing mothers and patients with neuromuscular diseases should not be given Botox. If you have allergies, you should also think carefully about Botox and discuss it with a professional and medical practitioner before making a decision.

Are There Any Side Effects

There are reports of side effects ranging from bruising, drooping eyelids or eyebrows to headaches and flu-like symptoms. These are mainly seen when very large amounts of Botox have been applied. There are also reports of allergic reactions, which are reasonably rare, but still something to be aware of before going in for your first Botox.

What Can Go Wrong

Sometimes Botox can go wrong. This most commonly happens when people try a dangerous D.I.Y kit that shouldn’t have been available to the public in the first place, or when Botox is given by someone who doesn’t know what they are doing (non-professional novices). This also happens when a patient insists on having something despite expert knowledge telling them it’s not a good idea. If you choose an expert who is experienced, then you will be able to avoid problems.

Real Stories From Real People Who Have Had Botox

There are a lot of stories and blogs on the internet from people who have had Botox in Perth. These are true stories about everyday people who have had Botox, rather than glamorous accounts you read in the papers about celebrities having Botox. These informative pieces give you the pros and cons of Botox, and the experiences of real people and how they found the procedure rather than sales speak for a company offering the treatments.