I am so excited for the warmer weather that we have been having. Can summer be on the way? For a lot of people, summer means a vacation and that, of course, means swimsuit shopping! It is fun to see what looks good and what styles of swimsuits and bikinis are out there. Maybe it is just the thought of being sat by a beach and having sand between our toes. Bliss! But what styles are looking good this summer? I have been doing a little research for you.

I know that this is the preference for a lot of people. So good news, it is in style. You don’t have to look frumpy in a one piece swimming suit, though. Quite a lot of one piece suits are having plunging necklines to make them a little sexier. There are plenty with cut outs at the sides too. The colors of the suits are quite subtle and muted. There are some that have ethnic prints if you want something with a pattern. 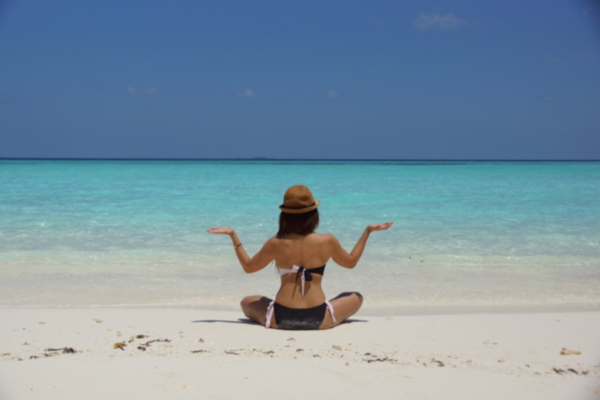 I think this is one of the main trends of the season. It is hard to describe them as a one piece swimsuit as they are cut and slashed into so many pieces. So they are kind of like a one piece but have cuts, slashes, and holes in them. It is quite an edgy look and not for the faint hearted. Could you imagine the tan lines in one of those suits?

This trend is rocking it back to the 60s with bikini bottoms that come up to your belly button. Yes, truly! I think it looks so stylish and classy, though. Plus it covers a multitude of sins! They are fun, feminine and flirty. I think this is an awesome trend and hope to get one that I have had my eye on. I saw a gorgeous bikini set on Forever 21’s website last week. So I am on the lookout for a Forever 21 coupon and then I think I’ll get one.

It should be noted, that these shouldn’t be worn together with the high waist bikini bottoms. Wear a high neck bikini top with normal bikini bottoms. Otherwise, it would just look a little odd. A high neck or crop top style top is a fun and sporty look for summer.

Ruffles are pretty popular this season in clothing as well as swimwear. They look just adorable on bikinis. The ruffles are usually on the bikini top, rather than the bottoms. Some styles I have seen are off-the-shoulder style bikini tops too. Patterns are the best look to go for in this style. Florals or paisley would look cute and suit the prairie trend of summer clothing this season.

Are you going away on vacation this summer?
Are you planning to go swimsuit shopping? It would be so fun to hear what style is your favorite for the beach.

4 thoughts on “Bikini Swimsuits vs. One Piece Swimsuits”