Who hasn’t seen “The Dark Night Rise’s”. There is this part where he goes down the cave behind his mansion and embraces his lifelong fear of bats. Then he ends up being a bat-man himself.

What an impressive superhero that was for Gotham. Have you ever wondered how a bat is useful for our ecosystem?

There are almost 1240 species of bats – subdivided into two categories as Megachiroptera and Microchiroptera. Except for the Arctic and Antartic regions and some other cold islands, bats are found everywhere in the world. In some places, you can find hundreds of species.

But the question still remains; what use our nature can have, for a ‘Bat’. Well, here are some important features of a bat that makes it vital for many ecosystems.

When we lived in San Antonio, there is one of the largest bat caves in the United States, they estimate when the bats come out to feed in the evening there are approximately 20 million Mexican Free-tailed Bats, they roost in the cave from March until October. Its quit a site, check our the video. 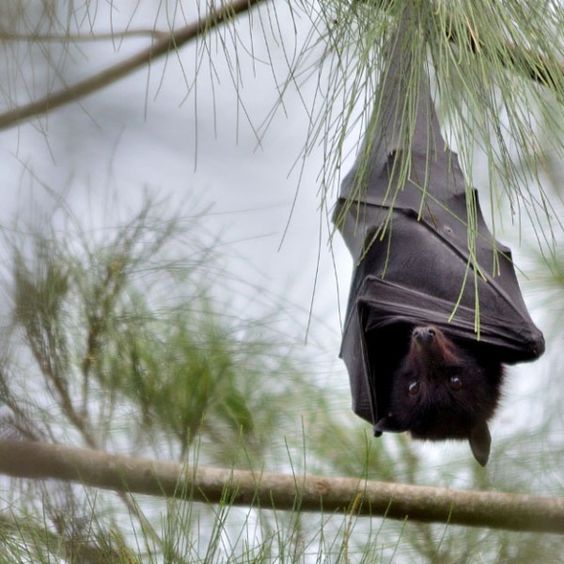 Source: Pinterest Bats of all kinds are good for our ecosystem

There are almost 1240 species of bats – subdivided into two categories as Megachiroptera and Microchiroptera. Except for the Arctic and Antartic regions and some other cold islands, bats are found everywhere in the world. In some places, you can find hundreds of species.

But the question still remains; what use our nature can have, for a ‘Bat’. Well, here are some important features of a bat that makes it vital for many ecosystems.

Impact of bats on the environment

Bats have various feeding items with their varying species. Some feed on fruits and vegetables while others feed on pollen, nectar or insects.

The bats who feed on pollen and nectar are very useful for plants. Just like bees, bats are also a source of pollination hence providing food for other herbivores. In fact, some plants depend fully on bats for this purpose, so some plants have developed special glands to produce nectar to attract bats.

Some houses build a small wooden house to attract bat in the garden. According to Pet Comments, a good bat house that may attract bats is one that’s built to have an open bottom, as a way to prevent bat droppings from accumulating inside it and also avoid birds from nesting there.

Almost 500 species of flowering plants rely totally on bats for pollination as the pollens tend to stick to their furry bodies, so these plants open their flowers at night.

For some fruit plants, bats serve as a way of dispersing seeds. Some tropical plants depend entirely on bats for such services. This service is very vital in areas where trees are continuously being cut down.

Insects are the favorite midnight snack for many bat species. Bats consume a large number of insects for their size. According to an estimate, insectivorous bats can eat over 1.5 times their body weight.

Many bats feed on vertebrates like lizards, snakes, and frogs. Especially the Fringe-lipped bat is skilled at catching frogs. As most bat species use echolocation to locate their prey so they can hear the mating calls of many animals and the feed on them via their location – hence decreasing the need of insecticides and pesticides and save farmers from spending millions of dollars on these pesticides which are in fact harmful for the ecosystem itself.

Many bats feed on mosquitoes and according to some numbers; bats can eat a massive number of around 1200 insects in an hour of feeding hence decreasing the source of diseases like Malaria and Dengue.

Bat dung also known as Guano, is mined from the caves where they are found in abundance and is used as fertilizers – hence providing farmers with a cheap alternative of packaged fertilizers. It has a positive effect on crops compared to your regular ammonia fertilizers.

Guano has 10 % nitrogen and 3 % phosphorus, so it avoids N&P poisoning for your plants.

Fossilized Guano is sold at very high prices in the black market because of its rarity.

Some cultures around Africa and Asia, take large populations of bats as a sign of prosperity for their harvest.

You can also make your garden, a bat-friendly environment as they can help you in pest control around your house. They don’t need any attention and would do you no harm – as who would dare to go out in dark to disturb them, and why?

How to set up a bat house

Many species of bats have gone extinct due to hunting and habitat destruction. In this scenario, many organizations and people around the world have started to set up bat roosters.

You can also put up a roost, but there are some things you need to keep in mind.

Related:
Bracken Bat Caves
If They Grow It, They’ll Eat It – 3 Tips for Pre-School Edible Gardens
Garden Series: Prepare Your Garden Soils With pH Testing
I picked out my favorite feathered friend feeders I use and I might receive compensation if you make a purchase after clicking an affiliate link at no cost to you.