I was making breakfast of biscuits and gravy with sausage, I know a traditional but thats what hubs wanted, but I didnt want the leftovers to be just plain biscuits and I had apples and cream cheese on hand and decided to try something new, quick and easy, Apple Cream Cheese Biscuits, ok maybe you have made something like this but I hadn’t, of course I have seen something similar made with crescent rolls, which I would like to try, but today I used Buttermilk Refrigerator biscuits. 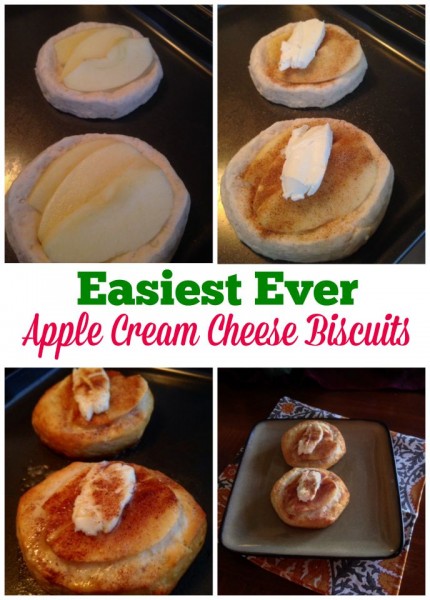 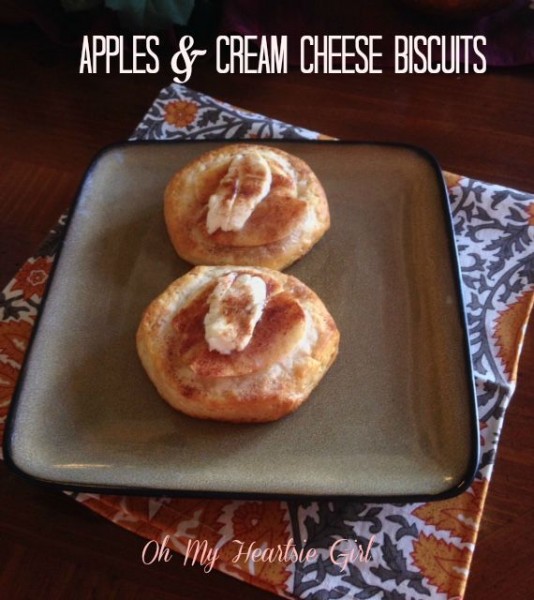 Im thinking that a canned pie filling, fresh or frozen berries or preserves could be used, then it would turn into a dessert with a scoop of ice cream!!
And if you prefer you could mix sugar, cinnamon and apples in bowl and stir before spooning into biscuits.
Lots of possibilities, what have you made recently? And now I want to a Galette, but with real pie crust. Must be fall, I want to bake!!!